The Science Behind Brainwave Entrainment

Through the use of Electroencephelographs (EEG), and other brain monitoring tools, coupled with some of the latest and most recently accepted concepts of how the brain functions, scientific research has been able to link the effects of regularly using Brainwave Entrainment to experiential benefits in perception, function, and mental/emotional activity.

In other words, much of the promised benefits of using the right Brainwave Entrainment product have been validated scientifically.

The fact that listening to brainwave entrainment audios will lead your brain into specifically targeted brainwave states (ie: alpha, theta, delta, gamma, etc.) and that it will also synchronize and form new neural pathways between the right and left hemispheres of the brain is very easy to prove and validate, simply by plugging a listener into an EEG and observing.  You will find pictures of this on almost any brainwave entrainment product site.

But what is more important, and much more interesting, is how regularly using brainwave entrainment technology and regularly visiting these different states can positively affect one’s cognitive functions, emotional control, mental activity, and perceptual faculties.

This is where the real gold is in using brainwave entrainment,

and where most creators of these products will be making the real promises and selling points.

Two of the most interesting scientific concepts that directly relate to brainwave entrainment are Neural Plasticity and Entropy and how it relates to Open Systems (your brain being an open system.)

Though neither of these concepts are really “new” to scientific thought, they are (as most paradigm shifting concepts about reality and human existence are) relatively new to social and mainstream acceptance.  It usually takes us more than a decade to truly accept a powerful thought that changes our perception of reality and ourselves, regardless of how much scientific proof or research has been done on it.  But hey, at least we don’t put scientists/philosophists to death or in prison over it any more! We’re getting better.

I would like to briefly explore both of these concepts, and how they relate to the use of brainwave entrainment products to help give a more tangible validity to many of the claims that have been made about them.

If you look up ‘neural plasticity’ in Wikipedia, you will see it is defined as referring “to changes in neural pathways and synapses which are due to changes in behavior, environment and neural processes”.

In the past, our brains were described as very static organs, with the idea that the majority of brain development and growth occured in childhood up to a certain age, and then slowed to a halt, leaving us to have little to no control over our ability to adopt new ways of thinking, new skills and talents, or to prevent our brains from deteriorating in our later years of life.  In fact, our brains were basically counted on to deteriorate and reduce in their quality of function as we grew older.  This concept was a generally accepted reasoning for diseases like Alzheimer’s and dimentia.

The discovery of neural plasticity, however, throws open the gate for a whole new way of perceiving ourselves, and our ability to mold, map, and program our brain (possibly through brainwave entrainment technology) to help us achieve any goal we desire.

Neural plasticity revolves around the finding that we are able to grow and develop new neural pathways in the brain, as well as “re-map” the connections between these pathways to improve our abilities, or change our perceptions, thought processes, and mental/emotional reactions.

Any time you do something new, you have begun to form a new neural pathway, and thus alter your neural net or “map”.  Studies have shown that a new neural pathway can be fully developed within 23-30 days.  Sounds a lot like a habit doesn’t it?  The most staggering thing to consider about this is that a neural pathway can be related to nearly anything.  It could be a thought in your head, it could be a decision to percieve something in a certain light, it could be a way of emotionally reacting to a specific situation, or it could be a regular physical/mental task or exercise you have just begun to do, a skill you are wanting to learn, a job you have recently picked up, or have done for your whole life.

This is an explanation for the reason that practice makes perfect!  Even Michael Jordan had a moment where he felt awkward dribbling a basketball, and likely missed several baskets during his first few years of playing.  But who can even imagine the neural net his brain has formed around the skill of playing basketball now?

The most freeing thing about the concept about neural plasticity is that it leaves us with the understanding that we have the ability to learn, succeed, and master anything that we put our dedication to!  All it takes is commitment and the regular movement in the direction we want to go to form those new neural pathways and re-wire our neural nets to succeed and achieve!

Now how does this relate to Brainwave Entrainment?

First off, it is very telling to note that one of the sections in the Wikipedia page for neural plasticity focuses on meditation.  Meditation has been linked to neural plasticity in its scientifically proven benefits of reducing stress, promoting relaxation, and literally changing one’s perception of the world around them.  (For more information check out Wikipedia’s “Research on Meditation” article.) The act of regularly producing prolonged Alpha, Theta, Delta, and Gamma brainwaves forms new neural pathways in the brain, and rewires it to learn more healthy mental and emotional reactions, produce less fight or flight and more relaxation responses, as well as amplify and expand one’s level of self-awareness and compassion for others.

Also, just the act of listening to brainwave entrainment on a regular basis has been shown to super charge the brain’s forming of new neural pathways between the right and left hemispheres of the brain, re-wiring your neural net to promote whole-brain functioning, and giving you a previously untapped resource to succeed in whatever endeavor you are involved in.

So what would you like to wire your neural net to do?  Bring more peace into your life?  More love into your relationships?  Financial success or artistic ability?

Because with the right brainwave entrainment program, you can wire your brain however you want to, the choice is yours. 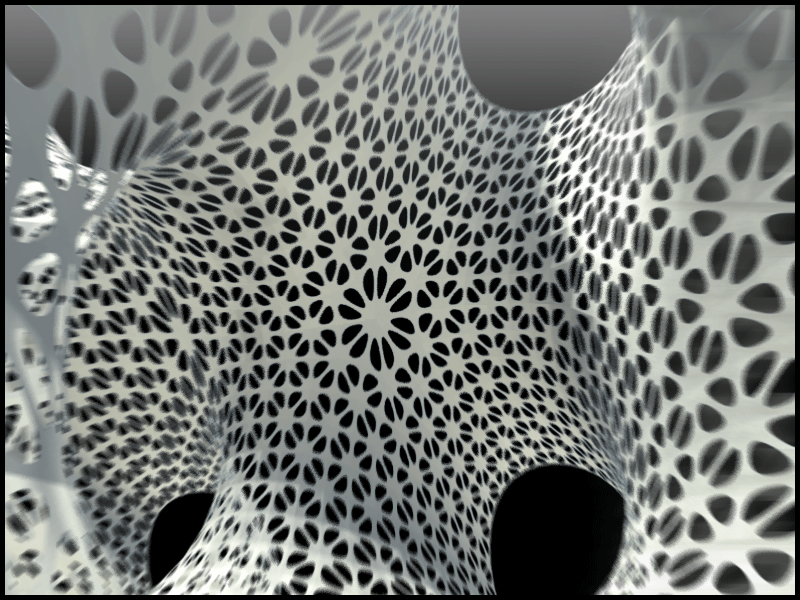 Another fascinating concept that directly relates to brainwave entrainment, and its effect on your brain is that of entropy and open systems.  This is an incredibly broad subject, relating to the second law of thermal dynamics.  You could spend hours researching this subject, but I will sum up its most relevant implication to the use of brainwave entrainment.  The basic idea is that when entropy (meaning input – be it information, heat, stimulous of any kind) is introduced to an open system (an open system can be anything that receives input and also gives output- i.e., it could be a business, an organism, a machine, one’s own life, etc.) in an increasing amount, there are only two possible outcomes.  Either the entropy/input increases to the point that the open system can no longer handle it, resulting in its deterioration, and eventually its complete dissolution (the system ceases to be), OR the increasing entropy pushes the open system to temporarily break down, and reorganize itself at a higher level, in a way that allows for it to handle this increasing entropy.

What I am getting at with this concept is that your brain is an open system.  It receives more information and outside stimulus (entropy) than we can even mentally comprehend, and when you apply this concept to one’s life, you can begin to see what this suggests.

Have you ever had to change jobs, separate from a loved one, move to another home/state/country, or accept more responsibility in your life?  Of course you have.  Now remember what this was like.  At first this increased entropy was almost more than you could handle.  There were probably details in your life that started falling through the cracks, you were likely stressed to a certain degree, and worried that you were not going to be able to handle what you needed to handle.

Did you have a breakdown?  Chances are the stress from this added input caused you to break down to some degree, whether it be emotionally, physically, or in some other way.  Maybe you had to temporarily put your business on hold.  Maybe you had to take a vacation, or learn a new technique or skill, possibly retreat in solitude for a while.

Now remember when you picked yourself back up, reapplied yourself, and succeeded, eventually learning to handle this increased input, and carry on your life in a normal fashion, having integrated this entropy. 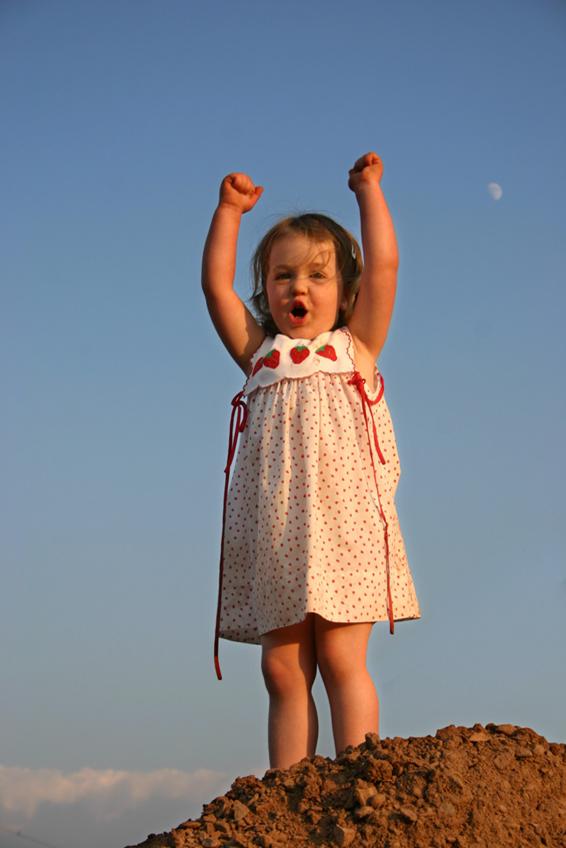 This is just a general example here.  It is also worthwhile to note that a human being is not always able to reorganize themselves at a higher level and does breakdown.  Suicide, depression, and increased drug abuse are all symptoms of an open system that is not able to handle the entropy that is coming in.

Brainwave entrainment products increase entropy to your brain in a very specific way, relating directly to neural plasticity.  As you listen to these audios, your brain is being pushed to produce more alpha, theta, delta, and gamma brainwaves, and to form new neural pathways between the right and left hemispheres.  You can even think of this as exercise for your brain.  As you continue to give your brain this stimulus, it is eventually pushed, through the process of forming new neural pathways, to reorganize (or re-map) itself at a higher level.

The result of this reorganization is experientially recognized as increased awareness of oneself and one’s subconscious, improved threshold to stress (resulting in emotional mastery), and an improvement in ability, mental function, emotional sensitivity, and creative achievement.

I want to point out here that it is necessary to be using a powerful and high-quality brainwave entrainment program on a diligent basis to undergo this process.  When it happens, you will know!

One of the largest contributors to the integration of this concept to brainwave entrainment and human evolution is Bill Harris, the creator of the Holosync Solution and Centerpointe Research.  Even though I do not believe Holosync is the best product out there these days, Bill Harris is still quite proficient at explaining this concept.  There is an expansive collection of information on this subject online.

We are at a pivotal moment in the history of the human race.  Not only have we grown the awareness to look at ourselves, and contemplate our own existence, and the power we have over our own mental and emotional processes, but we have actually begun to create technology to catapult the development of our awareness and mental abilities, and finally tap into the previously unused 98% of our brain.

The use of brainwave entrainment, combined with a clearly defined goal or desire can create an unstoppable motion.My suggestion to you if you are interested in using these products, is to first decide what you want, and who you want to be.  Once this is established, keep in mind that using a brainwave entrainment product while striving to achieve your goals will super-charge your brain’s ability to form new neural pathways, re-wire itself for your success, and re-organize itself at a higher level.  Your goal will be the directing force for these new pathways that are being formed, and the increased awareness from visiting the deep brainwave states, combined with the increased ability of whole-brain functioning will catapult you into your next level of success.

It’s an intense and rewarding game.  Are you ready to play it?

official blog
We use cookies to ensure that we give you the best experience on our website. By continuing to use this site you agree to it's use of cookies.I agreeLearn more here